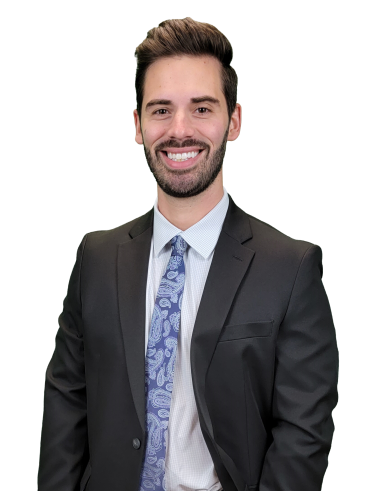 Steve Boggins returned to Ross, Brittain & Schonberg after three years of living in Chicago. Steve focuses his practice on the administration, management and defense of workers’ compensation claims on the behalf of both state-funded and self-insured employers throughout Ohio.

Steve is a 2014 graduate of the Cleveland-Marshall College of Law. While in law school Steve was an active member of the Business Law Association. Prior to joining Ross, Brittain & Schonberg, Steve represented injured workers before the Ohio Industrial Commission at a plaintiff’s firm in Cleveland, Ohio. His experience as a plaintiff’s attorney has been useful in developing strategies to defend employers across Ohio. Steve is also a proud graduate of The Ohio State University.

In his free time, Steve is an avid reader of fiction. He also enjoys staying active by playing basketball, lifting weights, or riding his Peloton. Steve and his girlfriend, Krista, reside in Shaker Heights.