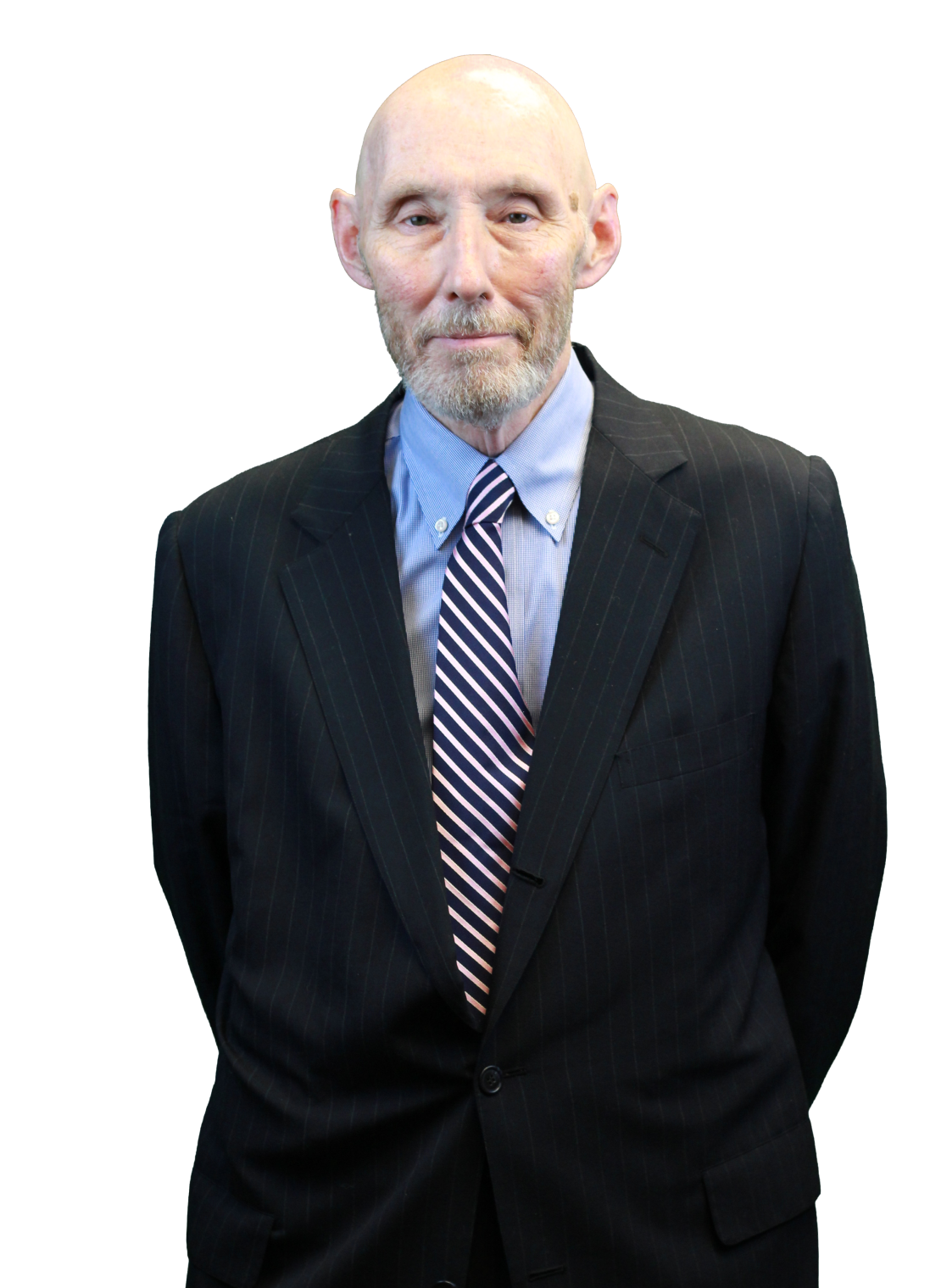 So, you’ve had your eye on that trademark for some years. It’s been used by a big company on a product that really hasn’t been available for some time, and it would be perfect for that product you’ve just started developing, which you expect to bring to market maybe in six months to a year. But the product you’re bringing out occupies a marketing niche that is awfully close to that product that seems to have disappeared.

To further complicate matters, that trademark you want to use is registered on the Principal Trademark Register of the Patent & Trademark Office. So if you start to use it on your product, you may get sued, and if you lose, you may get hit with damages and reimbursement of attorney fees – more on that in the future, but be aware the Supreme Court has recently made it much easier for the winning party in an infringement lawsuit to get reimbursement of their attorney fees. At the very least, you may get hit with a preliminary injunction – there is, after all a federal registration. So, all that money you spent on developing a marketing strategy, ordering artwork and containers, making the product, etc., may all get put on hold, while you try to convince a Federal Judge that the trademark you’re using isn’t being used any more by that big company.

Whatever do you do? Well, first you call a trademark lawyer. What did you think I was going to say? And after you’ve explained your problem to him or her, you get to learn about the wonderful world of trademark abandonment.

Trademarks have to be used, unlike a copyright, which, with or without use, lasts approximately forever – just try copying those early stick figures of Mickey Mouse. Sorry, still protected lo these many years after they were first drawn. Stop using that trademark, and someone is liable to swoop down and take it away from you. And that’s what you can do to that big company, although “swoop” may not really catch the essence of what you have to do. Nothing is all that simple in trademark land.

First, you do an investigation. You need to know how the mark has been used. On what products it’s been used? How it was used on or in connection with those products? And what are the fact surrounding its disappearance from the marketplace? How long since it’s been used? Why has the company that used to sell that product stopped? Some of these questions you won’t be able to answer. Some may require information that is only available from insiders in the company. To quote a former Secretary of Defense, we go to war with the army we have, and we go to court with the facts we have, at least until we get better facts.

Once you have marshalled the facts, you file an intent-to-use trademark application for the trademark you want to use sometime in the reasonable future, naming the product category that you want to use it on. Then you file a cancellation proceeding before the Trademark Trial and Appeal Board. What is a cancellation proceeding? It’s one of a couple ways of challenging a trademark registration that I’ll explain in a future article. Right now it’s enough to know that it’s filed before the Trademark Trial and Appeal Board (“TTAB”), an Article I court – U.S. Constitution, Article 1, Section 8, Clause 9 – and it involves litigation, not unlike that before a Federal Court, and culminates in a trial, but only on paper. You do not appear before the TTAB. Otherwise, it’s very similar to federal court litigation, with pleadings, discovery, briefs, etc. The trial is presented with briefs and documentary and testamentary evidence – think depositions, but no actual witnesses before a Judge. At least in theory, it is viewed as somewhat less expensive than federal court litigation.

In 2018, the TTAB set forth the parameters of a cancellation proceeding:

A mark shall be deemed to be “abandoned” if either of the following occurs:

(1) When its use has been discontinued with intent not to resume such use. Intent not to resume may be inferred from circumstances. Nonuse for 3 consecutive years shall be prima facie evidence of abandonment. “Use” of a mark means the bona fide use of such mark made in the ordinary course of trade, and not made merely to reserve a right in a mark.

There are several factors here: (1) use of the trademark has been discontinued; and (2) with intent not to resume such use; (3) proof of non-use for three years is discontinuance; (4) upon, proof of non-use for three years, the trademark owner must come forward with evidence of intent to resume; and ((5) use means bona fide use in the ordinary course of trade. We’ll briefly discuss all of them.

Section 1127 also defines “use in commerce” as:

(B) the goods are sold or transported in commerce, ….

So, is it enough to just transport the goods from my house to your house? Well, no. Several courts, including the Federal Circuit, which has appellate jurisdiction over decisions of the TTAB, have concluded that an element of public awareness is required. In other words, transportation must involve efforts to distinguish the marked goods in an appropriate segment of the public mind. How do you do that? Well, I would suggest you sell the goods.

What kind of evidence? Well, the registrant must produce evidence of one of three things: (1) evidence of bona fide use of the mark during that three year period; (2) evidence of factors excusing the non-use – think pandemic for example, but three years is a long time to be excused from using the mark; or (3) evidence demonstrating that within three years of the last use, the owner formulated an intent to resume use or commence use within a reasonable time and adopted a plan to implement that intent within a reasonable time thereafter. Residual goodwill cannot be discounted entirely, but it has its limits.

Two cases illustrate the latter situation, both having to do with automobiles. In American Motors Corp. v. Action-Age, Inc., Opposition No. 49,556, 178 USPQ 377 (TTAB 1973), registration of the mark SCRAMBLER was opposed by the American Motors Corp. on the basis of prior and continuous use of the RAMBLER mark. The TTAB held:
It is clear from the record that, as a result of opposer's use and extensive advertising efforts, the mark "RAMBLER" was a very well-known mark in the automobile industry serving to identify and distinguish automobile vehicles originating from opposer when applicant adopted the mark "SCRAMBLER" and sought to register it on December 22, 1967. While opposer has discontinued the use of "RAMBLER" as a trademark for vehicles produced by opposer over the past few years, the record falls far short of establishing any abandonment thereof.

In fact, there is a considerable reservoir of goodwill in the mark "RAMBLER" in this country that inures to opposer as a consequence of the large number of "RAMBLER" vehicles still on the road; opposer's activities in supplying "RAMBLER" parts and accessories to owners of these vehicles; and the use by dealers of the term "RAMBLER" as a portion of their corporate or business names and their maintenance of "RAMBLER" signs on their premises.

The key to the decision seems to have been that the RAMBLER mark had been discontinued only a few years earlier and American Motors continued to supply “‘RAMBLER’ parts and accessories to owners of these vehicles” and its dealers continued to use RAMBLER signs on their premises and as part of their corporate or business names.

In General Motors Corp. v. Aristide & Co., Antiquaire de Marques, 87 U.S.P.Q.2d 1179, (T.T.A.B. 2008), where GMC opposed an attempt to register the mark La Salle for use on automobiles and the applicant countered that GMC had abandoned the mark. This time, the TTAB saw things somewhat differently. The opposition made three key assertions:

While no longer in production, Opposer's LASALLE vehicle has remained popular with enthusiast[s] and consumers throughout the world and, in particular, the United States, and continues to be associated in the minds of such enthusiasts and consumers with Opposer and its Cadillac Motor Car Division.

Given the continued popularity of Opposer's LASALLE vehicle, Opposer has: (1) continued to supply, directly or through licensees, a variety of parts used in connection with restoration of LASALLE vehicles; and (ii) licensed use of the LASALLE trademark to third parties in connection with a variety of goods. Opposer's continued sales and licensing of such goods further exemplifies the trade and public's continued association of the LASALLE mark with high-quality products originating from Opposer and its authorized licensees.

GMC offered no evidence of sales. It had stopped using the mark on automobiles twenty years earlier. The TTAB noted, “residual goodwill is not sufficient to avoid a finding of abandonment where the goodwill is generated through subsequent sales of a product by distributors or retailers.

GMC also tried the licensing gambit. It submitted evidence of two types of licensing. The first included license agreements for clutch and brake pedals, monogram running board inserts, vehicle mats, and leaf springs. It did not present any evidence that it or its licensees actually sold any vehicle parts with the LASALLE trademark. And there was no evidence of the number of parts actually made. The TTAB basically said there was no basis to conclude that this was anything more than token use, which is not “use” under the Lanham Act.

The second type of license offered by GMC was licensing of a wide variety of consumer products, like cast vehicle replicas. This didn’t work either. First, there was no evidence that the mark was actually used on these products – GMC offered only agreements. Secondly, where was evidence of the volume of sales? There was none, and so the potential for just token sales raised its ugly head again. And so, the absence of key evidence defeated GMC efforts to derail the registration of the mark.

Proving intent to resume or begin use can also be a kettle of worms. The evidence must deal with real world conditions. In Silverman v. CBS Inc., 870 F.2d 40 (2d Cir. 1989), the court said, “A proprietor who temporarily suspends use of a mark can rebut the presumption of abandonment by showing reasonable grounds for the suspension and plans to resume use in the reasonably foreseeable future when the conditions requiring suspension abate.” In other words, why did the use stop, and at what point was the rationale no longer operative, such that the use should have begun again.

Abandonment is not an easy way to cull unused trademarks from the Principal Register, but it can be useful when there is a trademark you really want to use, and the owner has stopped using it. Once the cancellation has been granted, the obstacle to your ITU registration application will have been removed, and you can get what you want, which, as we all know, you can’t always get.

Next we will begin discussing the sine qua none of trademark law, likelihood of confusion.